Because finance is delicious 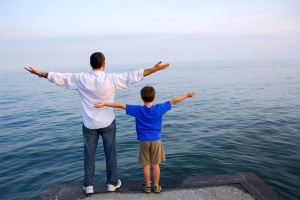 In this age of dwindling pensions, individuals are responsible for most of our own savings. Through 401ks and the like we have to manage our own financial futures. But you may not be cozy with investments. Instead of reading a textbook on theories and practices, let’s get down with mutual funds. Trust me, you’ll understand this.

The money is invested according to the managers’ vision, explained in an accompanying prospectus. The fund may hold a few stocks, perhaps of 30 companies, or it can hold stocks of 500 or more companies. When you invest in a mutual fund, you own all of the holdings. So with a $100 investment you own, through the fund managers, everything in the investment bucket, just a small amount.

Mutual funds may hold companies in various ‘sectors’. Perhaps the entire bucket of investments is in technology. Called a ‘sector’ fund, because it has a narrow focus in the mutual fund’s investment strategy, a technology fund might hold companies that produce computer hardware, like Intel, networking companies such as Cisco, or social media firms, such as Facebook. Generally sector funds are a bit more risky because of their more narrow focus, than investing in a fund with a broader array of holdings.

Some mutual funds hold stocks of large companies, such as Microsoft or Wal-Mart. They may invest large firms who are headquartered in the U.S. only.  It may invest only and entirely in bonds, which are debt instruments. The bond may be corporate bonds, from large or small companies borrowing money for expansion. The fund might be invested in municipal or government bonds. It may be invested in only one state’s bonds, such as California or New York.

Some mutual funds, (come on, follow me, my friend), may also include in their bucket of funds, both government bonds and large U.S. companies. Mutual funds of this kind may be called a ‘blended’ fund, an equity and income fund or a balanced fund. Other mutual funds, that invest internationally in companies throughout the world, including the U.S., may be called a global fund.

Most mutual fund ‘families,’ names you know and don’t know, such as Fidelity and Invesco, offer many mutual fund types described above: blended funds, technology funds, and other broad and sector funds.

To know in what you are investing, read the prospectus. The mutual fund managers will explain the fund’s flavor like this: The fund will invest no more than 35% in U.S. companies specializing in something. And will also invest in government bonds in wherever. The fund manager will not get very specific as their job is to be transparent without giving away their secrets.  The fund family and the particular fund managers are competing against thousands of other funds for your investment dollars. When they do well you make a delicious profit and they get a bonus.

What is a mutual fund? A mutual fund is a pool of investments. Your $100 buys a little bit of everything in the pool. You may own shares 30 or 500 companies. You can find out more by reading the prospectus.

You are currently reading A Basic Definition: Mutual Funds at Finance with Chocolate Sauce.